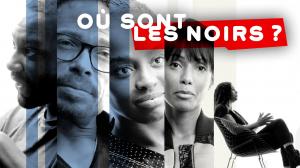 “Acting While Black” by Rokhaya Diallo 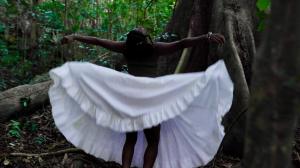 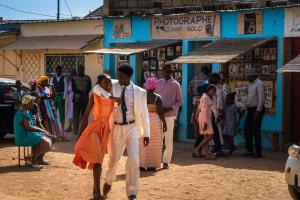 “Dancing the Twist in Bamako” by Robert Guédiguian

“Acting While Black” by Rokhaya Diallo winner ADIFF 2022 Public Award for the Best Film Directed By a Woman of Color and Runner-Up “Kumina Queen” by Nyasha Laing both made the selection.”

NEW YORK, NEW YORK, UNITED STATES, December 20, 2022 /EINPresswire.com/ — The Best of the 30th Annual African Diaspora International Film Festival (ADIFF) comes back to Teachers College, Columbia University with a selection of twelve films that received both critical and popular acclaim during the festival.

“Acting While Black” by Rokhaya Diallo winner ADIFF 2022 Public Award for the Best Film Directed By a Woman of Color and Runner-Up “Kumina Queen” by Nyasha Laing both made the selection. “Acting While Black, Blackness on French Screens” is a punchy documentary on the representation of blacks in films and TV series in France. Gary Dourdan, Aïssa Maiga, Sonia Rolland are some of the Black French actors who give a strong testimony of their life in front of the camera. “Kumina Queen” is a portrait of Imogene “Queenie” Kennedy, a contemporary priestess in post-colonial Jamaica who catapulted her African spiritual practice into renown.

Films presented during GALA Screenings will return for The Best of ADIFF including Opening Night Film “The Woodstock of House” by Rodrick F. Wimberly and Senuwell Smith, a musical documentary that details the triumph of a genre of music that was attacked and seemingly destroyed by mainstream America in the late 1970s for being too black, too Latin, and too gay.

Closing Night Film “A Brother’s Whisper” by Jacinto Taras Riddick makes the Best of ADIFF for a Saturday Night screening in presence of the director who will participate in a Q&A. In A Brother’s Whisper Solomon Bordeaux returns home to Brooklyn after serving three tours of the Iraq-Afghanistan Wars. Diagnosed with PTSD, he faces the harsh realities of racist-gentrification in a neighborhood he no longer recognizes. With the welcoming by his brother David, a pro-fighter, familial bonds are forged, but soon interrupted by the disturbing secrets that unfold.

Other films in Gala screenings to be presented in the Best of ADIFF are “Get Out Alive” by Roger Ellis, a musical about a woman’s fight against depression featuring artist and activist Nikki Lynette and the Brazilian science fiction “Executive Order” by Lazaro Ramos. Set in a dystopian future, the Brazilian government decrees a measure that forces Black citizens to migrate to Africa in an attempt to cleanse Brazilian society of Black people.

Of note for its timeliness is “Sugar Cane Malice” by Juan A. Zapata, a documentary that explores the poor working conditions of Haitian workers in one of the largest sugar cane plantations in the world, located in the Dominican Republic and belonging to the Fanjul Family, one of the most powerful families in America.

For more information about the Best of ADIFF and to see the full line-up, please e-mail [email protected] Festival web site: www.nyadiff.org, Facebook and twitter is @nyadiff, Instagram: ny_adiff

2:00pm Dancing the Twist in Bamako

6:00pm The Woodstock of House

4:00pm Cuba and the World Part 2 The Mali Cuba Connection

4:00pm Spotlight on Jamaica: Catch a Fire and Kumina Queen

Established in 1993, the African Diaspora International Film Festival (ADIFF) is a Harlem based minority-led not-for profit international film festival that presents, interprets and educates about films that explore the human experience of people of color all over the world in order to inspire imaginations, disrupt stereotypes and help transform attitudes that perpetuate injustice.

The mission of The African Diaspora International Film Festival (ADIFF) is to expand the traditional views and perceptions of what the Black experience is by showcasing award-winning socially relevant documentary and fiction films about people of color, from Peru to Zimbabwe, from the USA to Belgium and from New Zealand to Jamaica

Commenting on the line up of ADIFF Chicago 2019, film critic Kathleen Sachs of the Chicago Readers wrote: “The films in the 17th Annual African Diaspora International Film Festival – Chicago do what much media and even the public school system fail to do: educate. Through robust programming that gives meaning to the word “diverse,” the selections in this year’s festival illuminate the experiences of those living in the African diaspora around the world. The New York-based husband-and-wife programmers, Reinaldo Barroso-Spech and Diarah N’Daw-Spech, have chosen more than a dozen films that, through a variety of modes and genres, further dimensionalize already complex issues specific to those living in these communities. Naturally, documentary lends itself to this mission, though several narrative features and a short fiction add to the plenitude of information.”

The post LINE UP ANNOUNCED FOR THE BEST OF THE 30th ANNUAL AFRICAN DIASPORA INTERNATIONAL FILM FESTIVAL January 13 first appeared on Amsterdam Aesthetics.