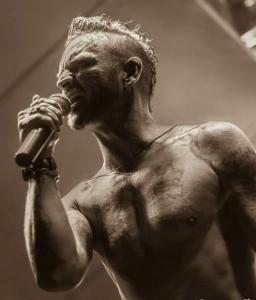 Money was released on Black Friday 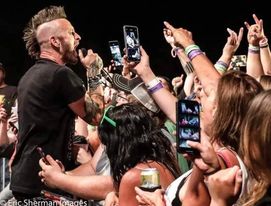 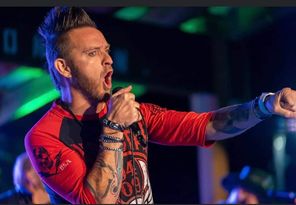 ‘Money’ by Scotty Austin is available on all major music platforms worldwide. Money was released by Stryker Records and distributed by Ingrooves of UMG.

NASHVILLE, TENNESSEE, UNITED STATES, November 27, 2022 /EINPresswire.com/ — Entering the highly competitive and saturated music industry is one thing – surviving and thriving amid the competition is another. But, despite the challenges that confront musicians of the past and present, Scotty Austin has not only managed to leave his mark but has also continued to cement his status as a rock star icon. Here for the long haul, the former Saving Abel lead singer is aiming for greater heights while simultaneously hoping to make a difference in the communities he is helping.

Widely considered one of the pillars of the music industry, rock is a genre that has seen its fair share of stars. Over the years, a long list of artists has lent a hand in advancing the field, propelling it to mainstream consciousness. Scotty Austin is among those who have brought rock closer to listeners.

The passion-fueled personality, known for his expressive song lyrics and overall distinctive artistry, has built an outstanding career that speaks of his perseverance and dedication. Despite having reached numerous milestones, he remains committed, boasting an all-out attitude that bore him fruit and enabled him to get a spot on the number one video game soundtrack for the popular game Dead Rising with the bank Supernova Syndicate.

Apart from his deep-seated love for the craft and the subsequent passion that that love ignites, what has allowed Scotty to emerge at the top and gain a massive following is his knack for playing multiple instruments and his ability to create music that appeals to today’s diverse listeners. Additionally, he has impressed industry peers and fans alike with his hunger for learning and growth, which manifests in the way he keeps honing his skills.

In the time since his split from Saving Abel a little more than a year ago, Scotty Austin has demonstrated that he is more than the lead singer of the band. Right now, the rock star, whose portfolio includes serving as the bank leader for Nashville’s singer-songwriter Jonathan Singleton and playing lead guitar for the second album of the bank Full Devil Jacket, is touring the nation and showcasing what he has up his sleeves.

So far, Scotty Austin has electrified stages in over 30 states. He has also solidified his status even further by releasing “Rebel Yell,” which charted at #23 on the Billboard Indicator chart and #13 on the Foundation chart. Through it all, the fan-favorite made one thing clear: he has lasted for over ten years in the industry for a reason.

Along with providing music enthusiasts with songs they can always jam to, Scotty also dedicates his time and resources toward giving back to communities and helping where he is needed. Recently, the cause-oriented figure spearheaded an event where all proceeds went to the food pantry in the area.

With over a decade of creating stellar music, rocking stages, and touring countries under his belt, one could easily assume that Scotty could have had enough of it all. This couldn’t be any farther from the truth, as the singer and songwriter plans to continue pursuing his passion and delivering music people can trust.

Money by Scotty Austin on Youtube. Produced by Malcolm Springer.