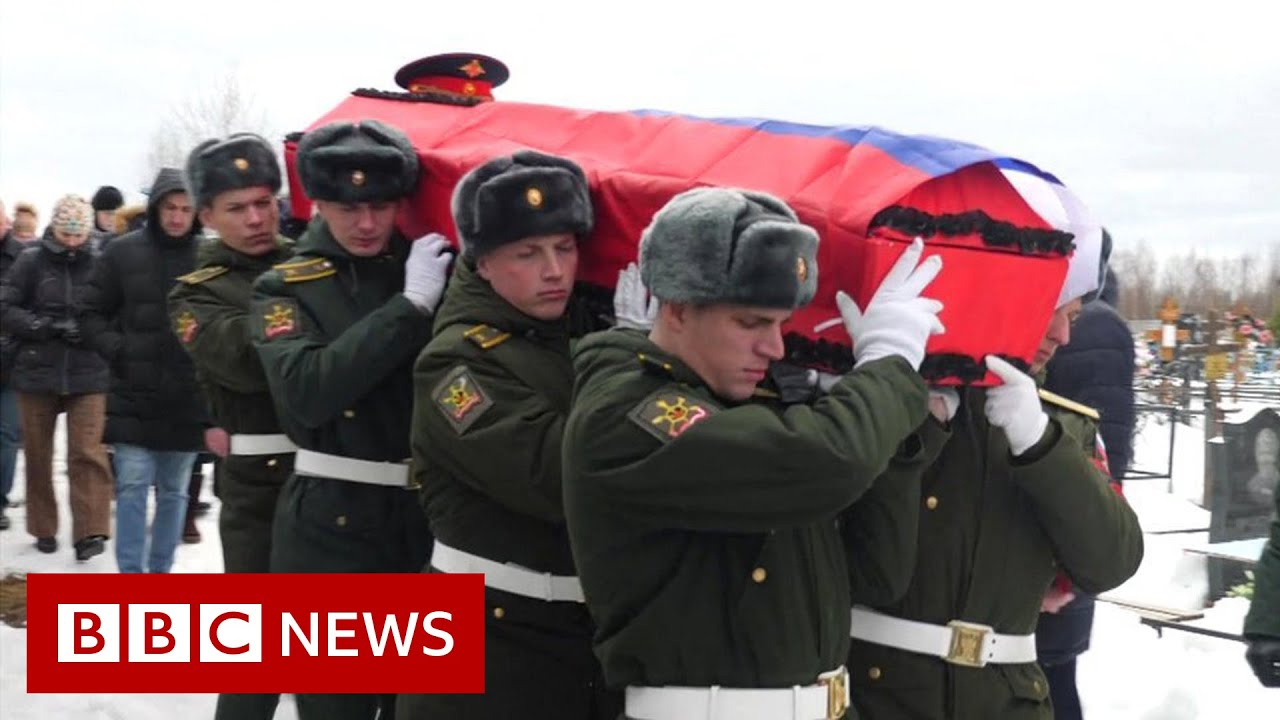 Funerals of Russian soldiers killed in action in Ukraine are continuing to take place.

The last official death toll was two weeks ago from Russia’s Defence Ministry, which said 498 soldiers had lost their lives in what the Kremlin calls its “special military operation”.

At a cemetery in Kostroma, people gathered at the funeral of Mikhail Orchikov, who was deputy commander of a motor-rifle brigade and killed in action in Ukraine.

Mikhail is known in his city as a “defender of the fatherland”.