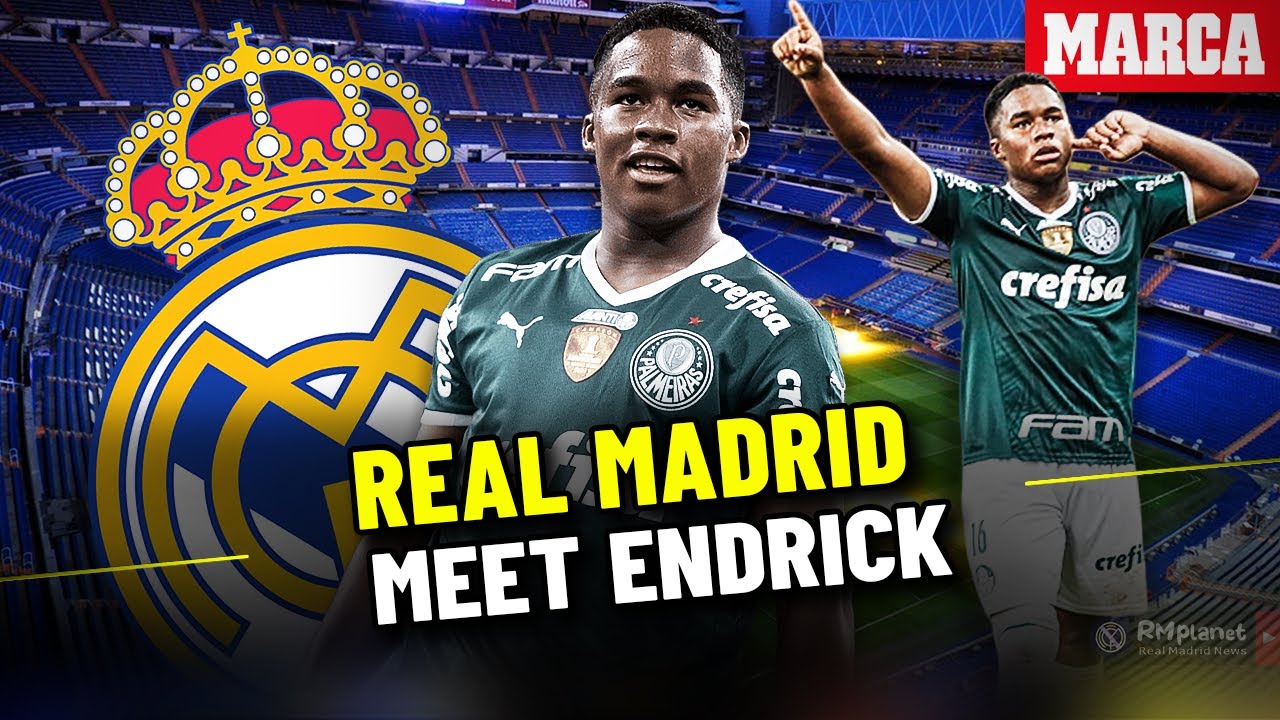 Real Madrid News (Real Madrid Mercato 2022 – 2023) : The recruiters of Real Madrid are in Brazil to negotiate the transfer of Endrick, the next Vinicius Junior ! (According to Marca)

The head of recruitment, Juni Calafat, will negotiate and discuss with the young Brazilian striker Endrick Felipe and he will try to convince him to join Real Madrid. The transfer will not take place until 2024, when Endrick will be 18 years old, but an agreement should be reached much earlier. This is the 3rd visit of Real Madrid to Sao Paulo in recent months. Several clubs want to recruit Endrick, including PSG and FC Barcelona, but none of them have made a formal offer to Palmeiras.

The leaders of the Brazilian club know that they have in front of them one of the best players of the next years. The release clause is 60 million euros, but according to Marca, there is a pact to reduce it to an amount between 35 and 40 million euros. The next few days will be decisive to know if the three-way agreement between Real Madrid, Palmeiras and Endrick can be reached.