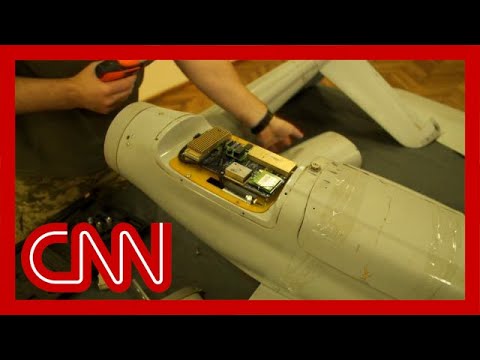 Opinion: The American-made weapons that could change everything
by David A. Andelman

It seems that increasingly these days, the United States is letting Ukraine fight, valiantly, but is it with one hand tied behind its back?

The US and its allies have given the Ukrainians artillery systems, some of them quite advanced, but withheld those with the longest range or, as arms experts have suggested, the greatest sophistication.

In an address to Congress on Wednesday, Ukrainian first lady Olena Zelenska asked US lawmakers to send air defense systems to her country “in order for rockets not to kill children in their strollers.”
Still, Ukrainian officials have expressed their public gratitude for weapons delivered so far. Ukranian President Voldymyr Zelensky, in his daily video message Monday, observed that his armed forces are now “able to inflict significant logistical losses on the occupiers.”

Military observers tell me that Zelensky and his senior generals have expressed their delight in the new systems that are appearing, hoping that their words will encourage a greater willingness of the West to release even more advanced systems that could turn the tide of battle by leaps and bounds.

There is an electronic war that cries out to be fought — drones that need to be jammed or flown to precise targets, long-range artillery with GPS targeting, enemy chatter that needs to be plucked from the skies. Some of these capabilities are increasing as the West gradually introduces new systems to the battlefield and trains Ukrainians to operate them.