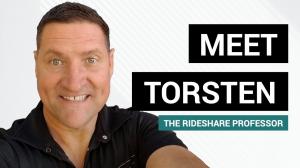 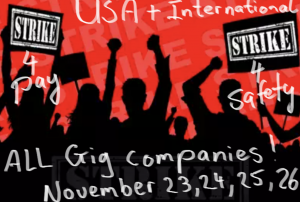 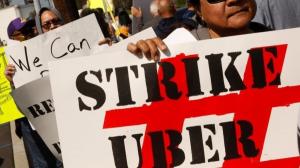 LOS ANGELES, CALIFORNIA, UNITED STATES, November 22, 2022 /EINPresswire.com/ — Uber, Lyft, Doordash, Ola, Bolt, Uber Eats, Grubhub, Postmates, Instacart and Amazon Flex drivers STRIKE over Thanksgiving weekend from November 23 to November 26, 2022. “App-based workers are fed up with exploitation from big tech companies,” said Torsten Kunert also known as the Rideshare Professor on Youtube. “Without drivers, there is no Uber – without drivers, there is no Lyft and the companies need to understand that the Thanksgiving Strike is led by rideshare drivers and food delivery drivers fighting back and saying enough is enough.”

This is beyond greed. Uber has placed its workforce in very dangerous circumstances and the result is driver overwork, declining mental health and families in great distress. Drivers implore the government to dismiss the Uber and Lyft spin and urgently intervene to enforce the law against what are increasingly out-of-control companies.” said Kunert.

Uber and Lyft have introduced “upfront” pricing in recent years, showing passengers the estimated cost of a trip to avoid the surprise fares that could accompany pricing that surges with demand. But unlike a traditional taxi meter system, which pays drivers a set portion of the passenger fare, drivers are instead paid according to time and mileage regardless of the ride’s price, leading to consternation about the gulf between the companies’ cut and theirs. The attitude toward those drivers who had chosen not to strike was not one of condemnation. “It’s because they can’t afford to take the day off,” said Kunert.

The Rideshare Professor has called on the Top Youtubers such as the Rideshare Guy, Dustin is Driving, Rideshare Hub, Gig Nation, Real Rideshare Stories, Pedro “Doordash” Santiago, Show me the Money Club, Ride along with Bri, Averlyn Browne, Eddie Doyle and many other Gig Youtubers to participate and publish Youtube videos promoting the Thanksgiving strike. Collectively we have over one million subscribers. Drivers can easily shut them down for three days. The strike was spearheaded by Rideshare Professor who also called upon all Unions and Rideshare Organizations to join in and promote the strike. He reached out to Unions in the USA and Internationally. ADCU , a UK based association and Rideshare Drivers United, a Los Angeles-based association of drivers were asked to support rideshare drivers, food delivery drivers and passengers using the gig apps..

“It’s really hard to figure out how much you’re actually making at the end of the day, especially after all your expenses, transparency is gone for riders and drivers. Technology has long promised to bring more transparency, but the algorithms that decide how much drivers are paid have increased opaqueness over their income. Uber and Lyft, you can’t hide—we can see your greedy side,” says Andrew a Los Angeles Uber Driver.

The strikes could still have an impact on passenger fares and wait times in some cities and airports. The strikes were expected to span 96 hours, from November 23 to November 26, depending. Elsewhere, organizers advised passengers to boycott the apps between certain hours in solidarity and many drivers have put in long hours already this week to help make up the hours.

The Rideshare Professor channel urges all rideshare, food delivery, taxi and limo drivers to participate. The message: Drivers and riders need better safety features in the app and drivers need immediate increase in pay, assistance at the gas pump, a proper review of wrongful deactivations and a substantial investment into transparency. Drivers demand that CEOs such as Uber’s Dara Khosrowshahi, Lyft’s Logan Green, Doordash’s Tony Xu start listening to driver’s needs and wants.

When it comes to safety in rideshare vehicles, Drivers are doing what they can to protect themselves. Some are avoiding nights, some only pick up passengers from the airports, and others have taken to wearing bulletproof vests. Some safety tips for riders and drivers: The combination of dashcams, rider ID photos, real names, new enhancements within the app for safety and people being aware of their surroundings and making sure they’re getting into the right vehicle are very important safety precautions. Daily car-jackings, assaults, rapes, stabbings, shootings have put drivers on edge. Many are too afraid to switch on their apps and be the next victim. “Surely these CEOs must realize that daily negative press is influencing the public perception of these gig companies and can not be good for their image and stock price. It comes as no surprise to me that these Gig company stocks are at an all time low. Not many people have faith in the future in these gig companies , especially after they have seen their fares skyrocket and read the daily negative news. Still the companies refuse to listen or address the main issues that face drivers worldwide

Some interesting Gig Facts. The Rideshare Professor was one of the top driver recruiters for both Uber and Lyft companies in over 600 cities. He then became an advocate for drivers after Uber and Lyft wiped out $950,000 of his unpaid referrals they owed in 2019. Today Rideshare Professor works with 11 law firms and class-action attorneys, unions and driver associations worldwide to help drivers have a say at the table and get the settlements they deserve. Torsten Kunert founded Rideshare Professor in 2015 and GigRocket in 2021 to help boost the potential of drivers and show them other options beyond rideshare and delivery. The Rideshare Professor channel has raised over $1 Million in donations for families that have lost a family member while doing gig jobs.

Visit us on social media: Facebook.com/AskTorsten